As we get closer to February, we will be adding more guests to the convention! Make sure you follow us on Facebook and check back as our guest list grows!

Edgley has an extensive history with The Jim Henson Company beginning with her popular role as Chiana on the company’s critically acclaimed sci fi cult series, Farscape in which she starred for over five years.

Gigi stole the hearts of sci-fi enthusiasts. She was originally cast as a guest star for one episode, but quickly captured the attention of the Farscape writers, producers and the fans alike. The mischievous Chiana became one of the most popular, and at times controversial characters in the series. The SyFy Channel and The Jim Henson Company also asked her to host Jim Henson’s Creature Shop Challenge.

Edgley’s team additionally raised over $44,000 on Kickstarter to fund a sci-fi short called Hashtag. The film has had fantastic recognition from the festival circuit and Dust streaming has picked it up. They are currently developing it into a full length feature.

Gigi has a long list of theatre credits as well that include: Kill Everything You Love, 4.48 Psychosis,The Rover, Boy’s Life, Romeo And Juliet, Road, Picnic At Hanging Rock and Les Miserables.

Edgley has performed concerts all around the world including singing for Stan Lee at his 95th Birthday, LA Comic Con's Official Opening Party, Whisky A Go Go, Rockwood Music Hall and the San Diego Comic Con Official Kick Off Party amongst other sensational events.

Edgley is additionally a recording artist, creator of original comic books, director and producer. She earned a Bachelor of Arts degree from the Queensland University of Technology after entering in the auditions alongside hundreds of other candidates.
www.gigiedgley.com 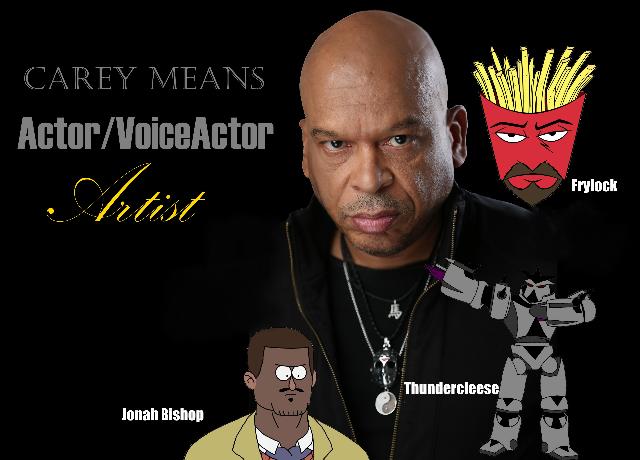 Carey Means
Carey Means has been the voice of Frylock on the Adult Swim TV show Aqua Teen Hunger Force (aka "Aqua TV Show Show"). His career also includes having been in the Atlanta Symphony Orchestra Chorus and the Atlanta Opera Chorus. He has also performed on stage at the Georgia Renaissance festival as Sir Richard Do Good. Carey is also a classically trained Shakespearean actor who hails originally from St. Louis, Missouri. He has performed with Theatre of the Stars in such productions as South Pacific and with Actors Express in It's a Wonderful Town. His many talents include acting, voice overs, singing, and dancing. https://www.facebook.com/FrylockCareyMeans/ 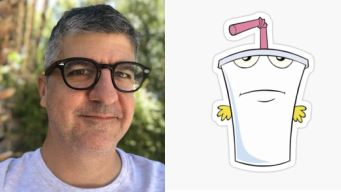 Dana Snyder
Like most showbiz legends, Dana Snyder was born in Pennsylvania and grew up in Las Vegas.  He is known as the voice of Master Shake on Adult Swim’s Aqua Teen Hunger Force, as well as memorable roles The Alchemist in The Venture Bros and Granny on Squidbillies. On Nickelodeon he can be seen and heard as the evil bunny Dr. Colosso on The Thundermans. For Disney, he voices Scratch in The Ghost and Molly McGee. He has also starred in plays and musicals on stages all over the country.  Dana has played a surprising number of grandmothers in his career. Seriously, it’s kinda weird.  https://www.imdb.com/name/nm1075468/ 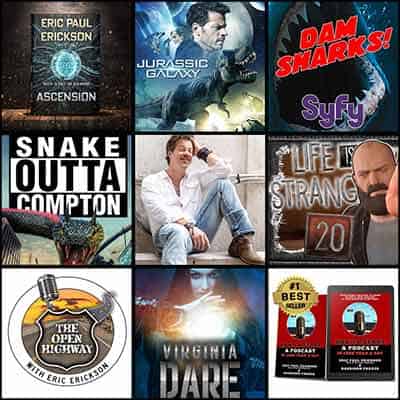 Eric Paul Erickson
Eric has starred in popular genre films such as Dam Sharks and Jurassic Galaxy and the smash cult hit Snake Outta Compton. He wrote, directed and starred in the award-winning thriller Truth. He played the villainous Big Joe in the popular video game Life is Strange 2. As an author, Eric wrote the science fiction novel Ascension and the upcoming Virginia Dare, a part of the Torch Universe literary series he created. Eric is also the host of the popular podcast The Open Highway and wrote the #1 bestseller How to Start a Podcast in Less Than a Day.  https://ericpaulerickson.com/ 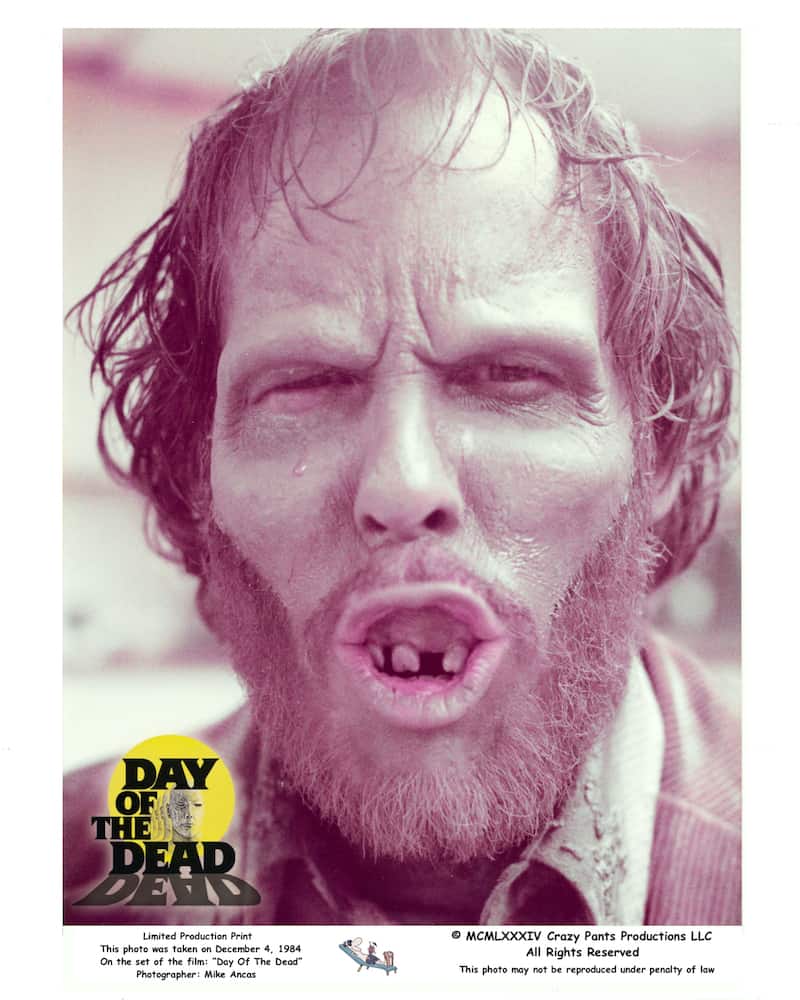 Mike Ancas
Actor, Producer, Director! Mike is an accomplished actor with many credits to his name, but most will remember him as a featured zombie in George Romero’s Day of the Dead! He will be able to share many backstage images from the filming of the movie plus some George Romero stories. Mike is now a writer, producer and director with two movies on Amazon Prime right now: Tributaries and Chasing Giants. https://www.imdb.com/name/nm9179842/ 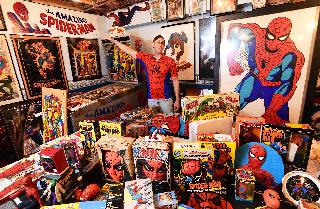 Bruce Wechtenhiser
Bruce is one of the world’s biggest Spider-Man fans. He has been collecting Spider-Man comic books and memorabilia for more than 50 years. Bruce's collection and stories of collecting have been featured in various media over the past two years. His emotional connection to the character is the hallmark of his collection. The emotional connection has been strengthened by many cool interactions with comic creators, other collectors, and a family who supports his hobby.

Bruce has also experienced all of Spider-Man’s introductions into various media (cartoons, tv shows, newspaper comic strips, movies, live theater). Another connection to the character: his entire life has been lived in Johnstown, PA, the hometown of Steve Ditko (co-creator of the character). For more information, visit  www.spideyandme.com.

Gus Mauk
Gus is an accomplished artist, having been a cover artist for IDW, Marvel and Dynamite Comics. He is currently the artist for Shi No Kage for Blackbox Comics and he created the Limited Edition Vampirella comic for this convention. https://www.facebook.com/gus.mauk/ 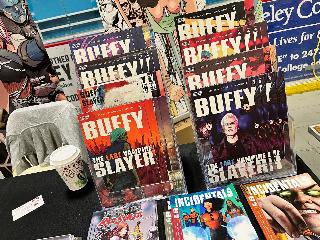 Jose (Joe) Jaro
Jose is currently the interior artist for Buffy, The Last Vampire Slayer by Boom! Studios. Jose has worked for Lion Forge Comics, Image Comics, Zenescope, Action Lab Comics, and numerous indie books. He also worked with Gus Mauk as the colorist for a Red Sonja variant cover and the Limited Edition Vampirella comic for this convention. https://jose-jaro.squarespace.com/ 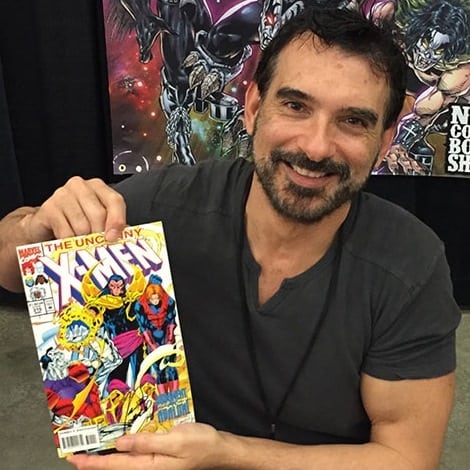 Kevin Conrad
With more than 20 years of experience, Kevin has worked at Marvel, DC and Image. After working on X-Force for Marvel Comics, Todd McFarlane hired him to work on a Spawn spin-off series, Spawn: Bloodfeud by Image Comics. Kevin’s “dream job” was becoming the inker for Kiss:Psycho Circus. https://kevinconradart.com/bio/ 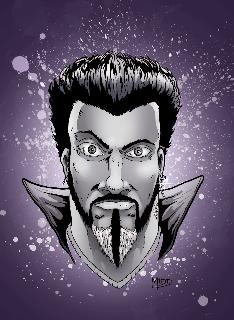 Criss Madd
Criss Madd is a comic artist, illustrator and graphic designer. He has worked for Outpouring Comics and Sunok Studios for their toy line. He currently is working on The Angel Wars from Until We Sleep comics. https://gonemaddstudio.weebly.com/ 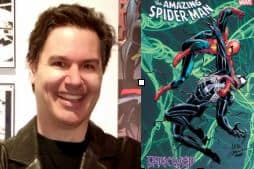 Scott Hanna
Scott has been in the comic industry for the past 30 years. A lot of his work has been for the “Big 2” comic companies, Marvel and DC. With Marvel, Scott has worked on Spider-Man, Wolverine, X-Men, Avengers and the Hulk. For DC, Scott has worked on Batman, Superman, Justice League and the Green Lantern Corps. If you have a comic from the past 30 years, you probably have a piece of his work. https://www.facebook.com/scott.hanna.106 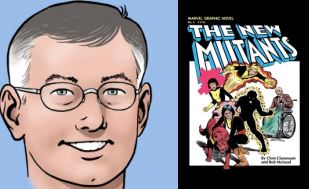 Bob McLeod
Bob has worked as penciller, inker and artist for both DC and Marvel Comics. He inked the cover to GI Joe #1 and is best known as the co-creator of the New Mutants for Marvel Comics with Chris Claremont. Bob drew the graphic novel plus the first three issues of the series. At DC, Bob inked Detective Comics, Wonder Woman, Legion of Superheroes as well as the New Teen Titans. https://www.facebook.com/mcleod.bob/ 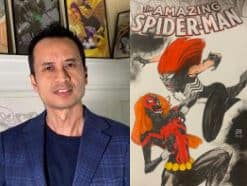 Khoi was an attorney and venture capitalist prior to switching to art and mentoring.  He has a law degree from the University of Pennsylvania and an MBA from Saint Joseph’s University.   https://khoipham.com/ 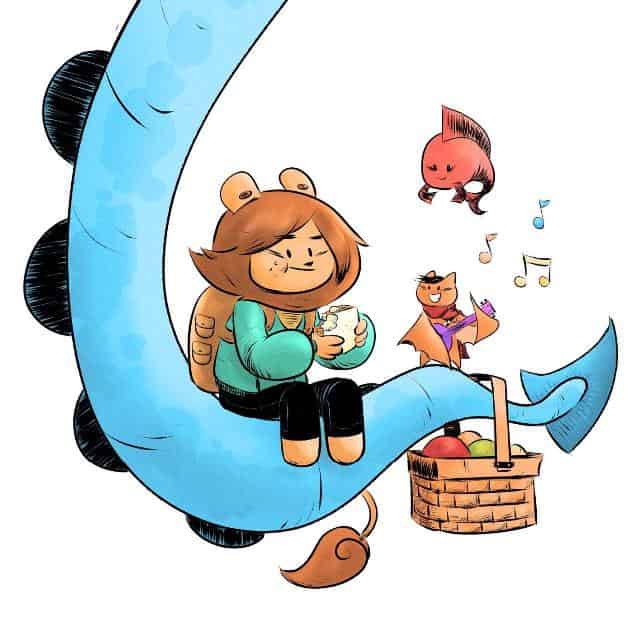 Brian Middleton
Brian has been telling stories in one form or another for his whole life. His first comic book (published by his brother’s 4th grade teacher and the school’s copy machine) sold out at the distributor level. After that there was no looking back! After dipping his toe in the water with a handful of self-published and work-for-hire comics he decided to take the deep dive and create his first series, Wulfborne, at Scout Comics. He then turned his creative attention toward this project, Poiko: Quests & Stuff by Colesmith Comics. https://www.facebook.com/colesmithcomics 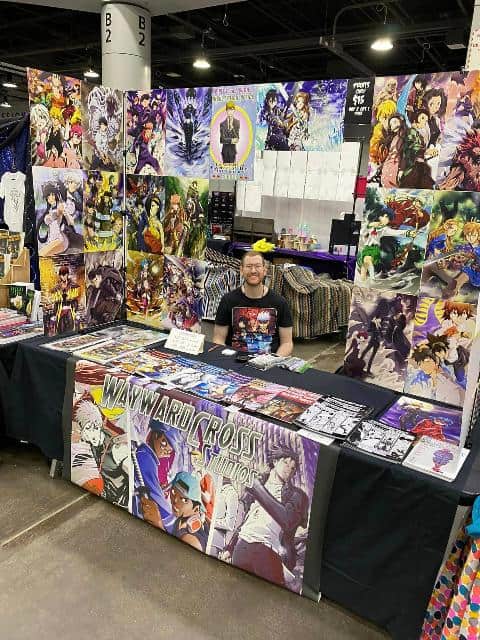 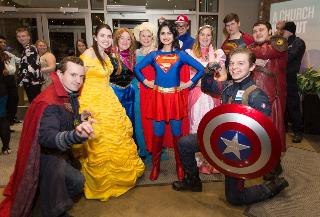 Alliance for Heroic Hearts
Based at University Park with volunteers comprised of Penn State students, the Alliance of Heroic Hearts is a non-profit organization with the sole purpose of bringing out the hero in ordinary people. If you would like to get your face painted, have a balloon animal made, or just get a picture with their many cosplayers, go visit their station at the convention! http://www.allianceofheroichearts.org/index.php

Holey Truth Body Art LLC
Want a tattoo of your favorite superhero or anime character? How about an image from Aqua Team Hunger Force? Starting at only $60, members of Holey Truth Body Art will be on hand to perform their artistic skills in ink!  https://www.holeytruth.com/

Malachor Temple (PA Chapter of the Saber Guild)
Would you like to learn the ways of the force or learn how to wield a lightsaber? This preferred Lucasfilm lightsaber performance group will be holding free presentations and Padawan Training Sessions. The Padawan Training Sessions will also be free and there will be multiple children as well as adult training sessions. Sign-ups and release forms will be at the Malachor Temple’s booth! https://saberguild.org/

Adam Lenker and his Dalek
Calling all Doctor Who Fans! Come out and get your pictures taken with this life size Dalek. We promise it won’t “Exterminate!” you.

Subscribe now for event updates and the latest news.